‘God damn! We should never have trusted the Pakis,’ said the senator, a powerful man, a member of the Senate Armed Services Committee.

Ashraf ul-Uddin, the wanted terrorist had escaped from a prison right under the noses of the Pakistani ISI (Inter-Services Intelligence). The Americans had tried but failed to extradite him. The best the CIA managed was to interview the killer in a jail in Islamabad.

‘Madam President, surely you will not increase military assistance to the Pakis. They’re playing us. And the press will have a field day.’

‘Oh, stuff the press John, I’ve good reasons to up the assistance.’

‘Madam President, this is not the first high-value asset the Pakis let escape.’

‘John, I know half the world makes fun of my dress sense. The other half, including you, make fun of my hair—’

‘I can live with all of that. People focus on those important issues and distract themselves. After all, there is a silly woman in the Oval Office. They expect nothing substantial from my administration, and that helps us do our job better.’

The president stood up and crooked a finger. The senator followed her like a meek schoolboy.

A few minutes later they were in the Situation Room. The place was dim, and the darkness accentuated the video screens covering the walls. People blended into the shadows. Heads and shoulders silhouetted in bluish tints. Soft hum of electronics. High-octane tension.

‘Even if we got this Ashraf guy stateside, we don’t have enough evidence to put him away,’ said the president in a low voice. ‘So we cut a deal with the Pakis.’

‘Yeah! They let the guy go but we’ve a tracking device on him,’ said the president. ‘Watch.’ She pointed to a grey screen.

A cross-hair darted about on the screen, steadied and stopped. The sights followed a Toyota pickup truck as it swerved and jostled along a dusty road.

‘Target acquired,’ said the operator, a tint of excitement in her voice.

‘Copy that,’ said a thin voice.

‘Thank you, Madam President,’ said the thin voice. A pause before he said, ‘Take the shot.’

‘Roger that,’ said the operator.

After a few seconds, a blinding flash blotted the screen and died, leaving behind smoke and dust. There was no sign of the speeding vehicle.

No one in the dark room cheered. No exuberance. Another kill, another notch on the desk. The operator was in her third trimester, and the general was a bespectacled nerd.

‘Think of all the lives we saved.’ The president turned and as a secret service agent pulled open the door, she stopped and said, ‘Breakfast. John?’

I’m away all week and shall reply to your comments upon my return. Cheers! 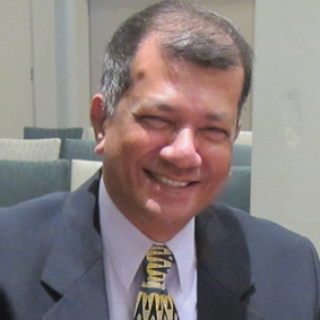